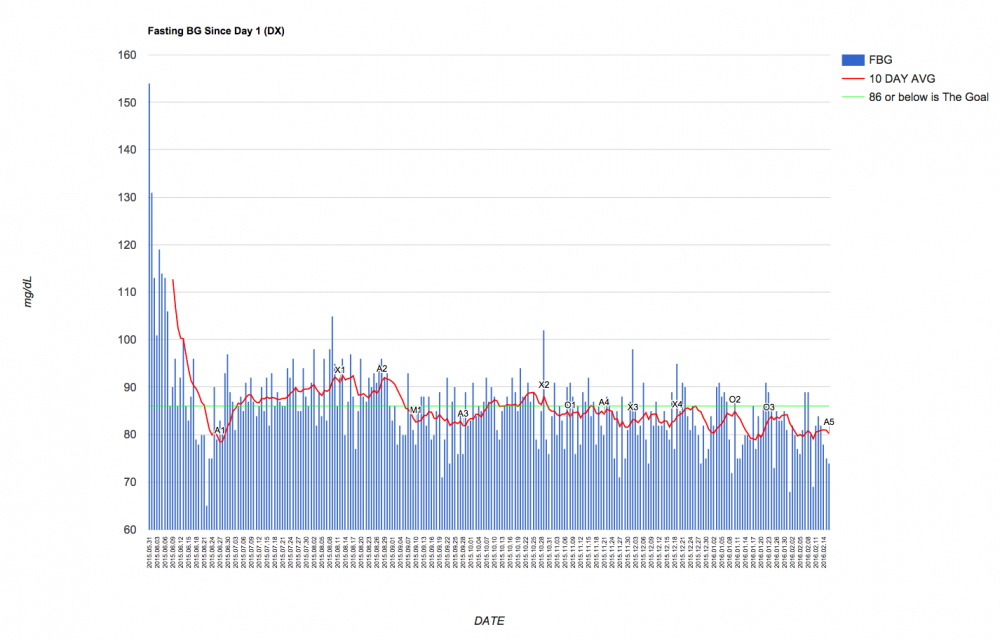 Just got my numbers back from the lab and hit a 5.5 for my A1C - still much higher than I thought, but given what I have been doing (or not doing), combined with a huge wake up call on my DXA scan in terms of my visceral fat situation, I cannot say I'm surprised. Lipid and metabolic panels all still good thankfully.

Will think through how best to incrementally address the visceral fat situation. Deep down inside, I think I've always known the answer, but need to take care around how I go about addressing it. Ugh. Such drama.

Things which have changed since the last A1c reading about 3 months ago:

No new insights on sustainability from my own data points (still way too early), but I pick up some anecdotes here and there from the collective wisdom of this forum tied to sustainability relative to the progression vs. non-progression of this disease, reversible vs. irreversible complications, and the fact that “getting older” happens to most of us. =)

Live life to the fullest, maintain perspective and balance. And in The Big D context for myself - measurement, nutrition, activity, sleep, stress - the usual, though some are much easier than others.

My history to date of A1C and fasting blood glucose (FBG) from labs, except where noted (i.e. from my own blood glucose meter) - DX here means diagnosis.

Medication: I have never taken any medication for diabetes or non-diabetes; I realize this may change significantly over time.

I am not strictly following any given LCHF, Paleo, Atkins, or Diet X, but learning from all of them and trying to figure out what works best for me over time.

My biggest revelation to date has been that for me, protein consumption in terms of the absolute amount DOES matter.

Exercise: I try to perform daily, mild, but deliberate walking, or 80-100,000 steps per week on average, extremely light and infrequent strength training, and occasional but well beyond recreational intensity tennis. I am intimately familiar with HIIT and various exercise vs. training routines, but will NOT go down that path for now. That said, I actually own a VersaClimber - a time tested system that I’m very familiar with and I’ve always thought represented the best bang for the buck - but only use it a few times a week, if at all, at this point in time. Depending on my progression, as with medication, this may change significantly over time.

Weight: I’ve been holding reasonably steady, but am now going to track here based off a DXA scan vs. just the scale.